Controversial singer, Afeez Fashola simply known and addressed as Naira Marley has shared the photo of his baby scan just before he was born.

In the photo, the singer was seen puffing some weed while in his mum’s belly.

The fast-rising singer was recently arrested and prosecuted by the Lagos state government for violating its order in social gathering amid the coronavirus pandemic.

The highly controversial singer was however pardoned with the case against him withdrawn by the state government and directed to ensure strict compliance with the state’s order.

My baby scan picture before I was born 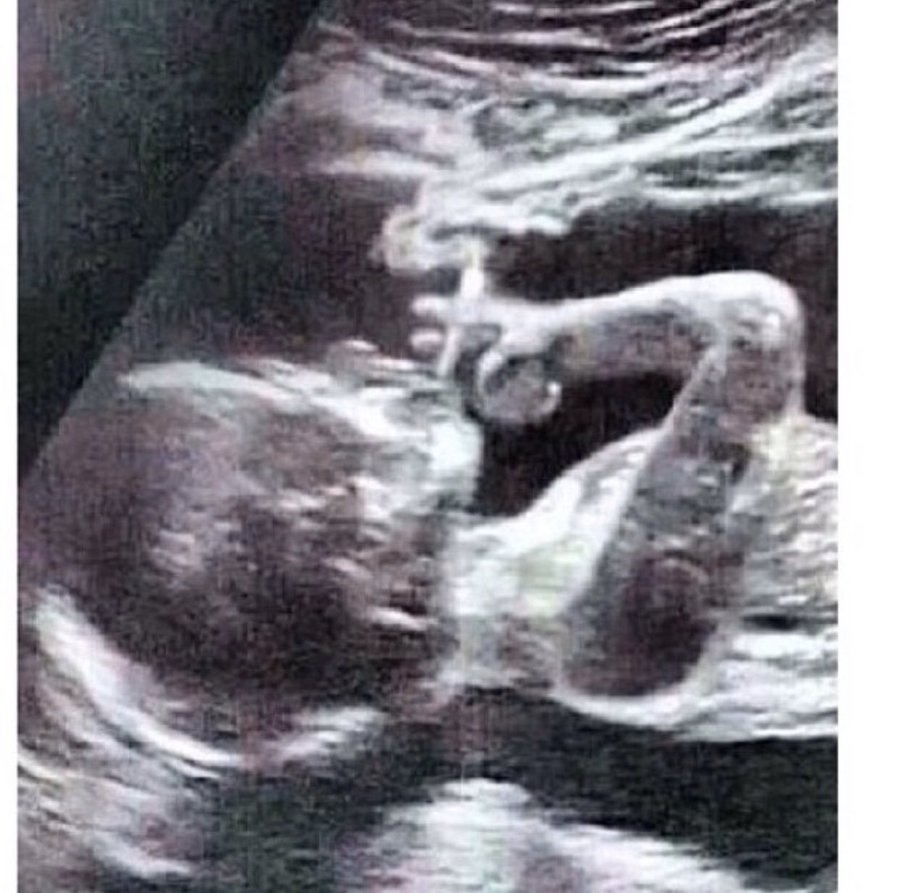 4,164 people are talking about this

No votes so far! Be the first to rate this post.

VIDEO: Naira Marley ft Busiswa – Coming
Naira Marley – Coming Ft. Busiswa
Lyta – Are You Sure? Ft. Zinoleesky, Emo Grae & Naira Marley
Naira Marley – Koleyewon (Video)
Prev Post
The Breakdown | The Quarantine Effect On Hip Hop
Next Post
“I Really Want To Be In A Relationship But Still Looking For The Right One” – Rema