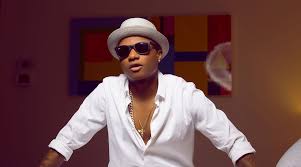 Wizkid is a talented singer, songwriter and performer. He kicked off his singing career at the early age of 11 when he recorded his first song with one of Nigeria’s celebrated music icons, OJB Jezreel. He went on to record a 7-track album, which he released in his church in Lagos, under the name of Lil’ Prinz; this was just a stint that earned him a remarkable deal of encouragement and recognition from family, his church and other artistes.

.Just like many celebrities that started their music career in the church, wizkid profile as a singer began at the age of 11 and was known then as “Lil Prinz” and he rebranded his name in 2006 when his music career came into limelight.

In 2006, Wizkid collaborated with Naeto C and Ikechukwu prior to rising to stardom. In 2009, Wizkid became a household name within Nigeria’s musical landscape; he was featured on M.I’s “Fast Money, Fast Cars”, and Kel’s “Turn by Turn”. Wizkid was featured on Banky W’s album, The W Experience, after getting signed to Empire Mates Entertainment. Wizkid began recording songs for his debut album, Superstar, several months prior to the June 9, 2011 release. Wizkid has won several awards, including Ghana Music Awards (African Artist of the Year) in 2013, BET Awards 2012 (Best International Act Africa) in 2012, Hip Hop World Awards 2012 (The Headies) in two nominations, Nigerian Entertainment Awards 2012, in two nominations, Mobo Awards (Best African Act) in 2011.

Work on Wizkid’s second studio album, Ayo, began in 2012 and continued through 2014. It features guest appearances from Femi Kuti, Banky W., Seyi Shay, Phyno, Tyga, Akon and Wale. The album’s production was handled by Sarz, Shizzi, Uhuru, Del B, Dokta Frabz, Maleek Berry, Legendury Beatz and Spellz. It was initially titled Chosen. According to MTV Base, the album suffered from a pushed back release date. It was earlier reported that the album would feature Don Jazzy, Efya and Olamide.On 6 September 2014, Wizkid revealed the album’s cover art and track listing.

He has a baby mama, Sola Ogudugude and an ex girlfiend Tania Omotayo. He is currently making waves internationally. His latest music video Sweet Love is trending.